A new expansion for Infinity has just been released. Over 1.4Gb of classic sounds.

A new sound library expansion for Infinity has been released.

Please note that if you are purchasing this expansion and you are already an “Infinity” user, please download Infinity again from the store as it has been updated to fix a bug that caused the Strings button to function incorrectly.

A 2 Billion Pixel view of Waterford City during the Tall Ships Festival. 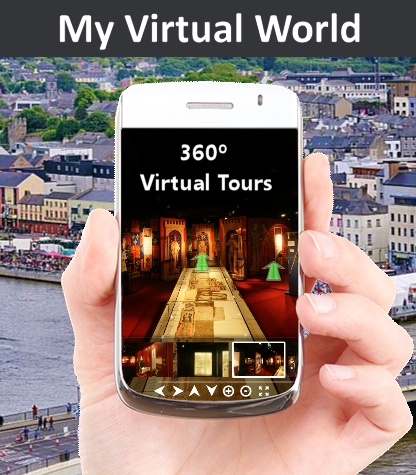 Easily the largest and highest resolution photo ever taken of Waterford City, and even better again, it was taken during the Tall Ships festival. This interactive application allows you to zoom into an amazing panoramic image of Waterford that was captured with a Robot at an eye watering 2 Billion Pixels. Zoom into Ballybricken and you can see right in the window of a Bus. Zoom to Grange Heights and clearly see the water tower. Or maybe you will find friends and family down on the Quay as they walked around looking at the fantastic ships.

3 Video’s have been uploaded to demonstrate the current 3 SAM Expansion libraries for Infinity.

Style a Fone – SAM 01 for Infinity

Posted in Latest News, Shopping | Comments Off on Style a Fone – SAM 01 for Infinity

Style a Fone for Infinity is a highly detailed emulation of a classic instrument from the 70′s. This emulation not only faithfully recreates that classic sound, it captures the hearth of the instrument and gives you total control to go even further. 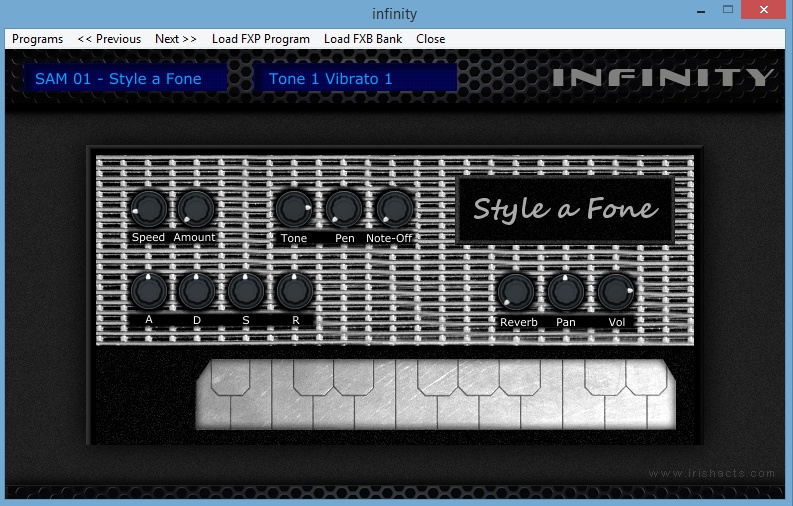 Posted in Latest News, Shopping | Comments Off on “Infinity” released.

“Infinity” is our new VST/AU that’s can morph in appearance and function based on what sound expansions are current loaded. Infinity completely eliminates the need for various Plug-ins for different instruments. Click HERE for more information 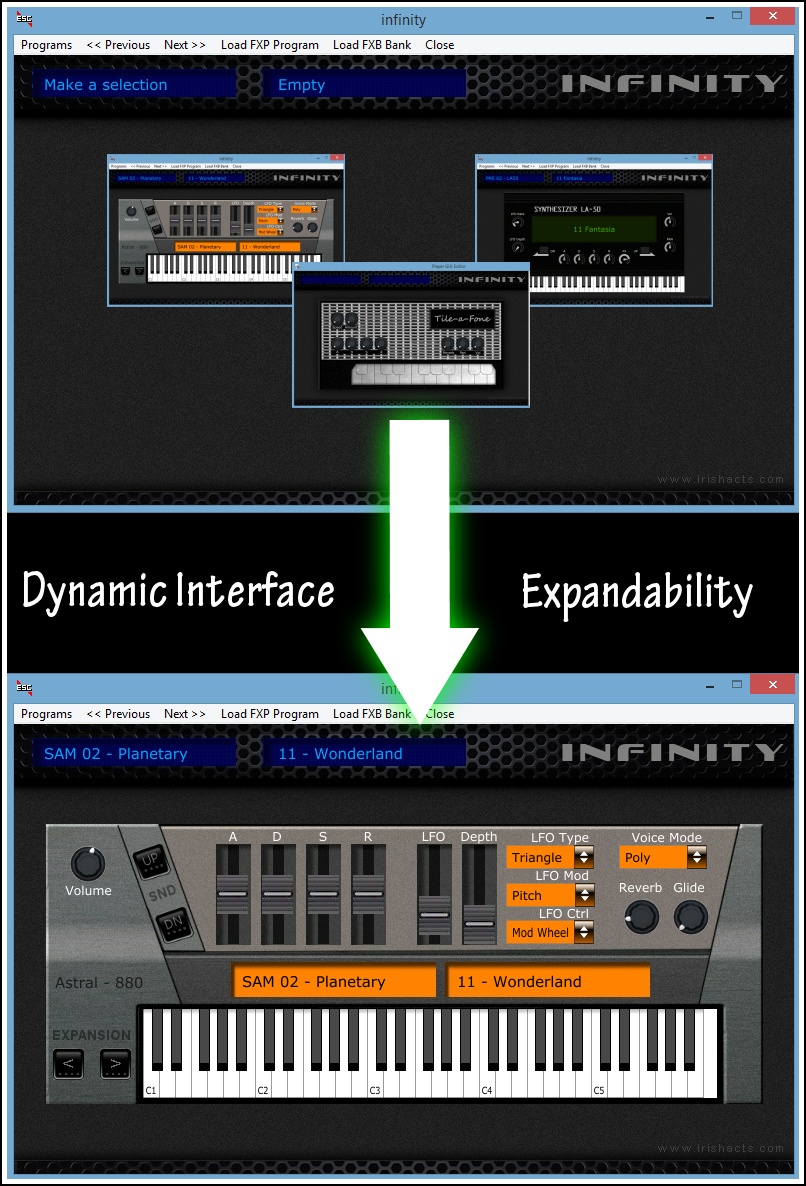 “EZ Music” now even better than ever as version 2.0 is released. 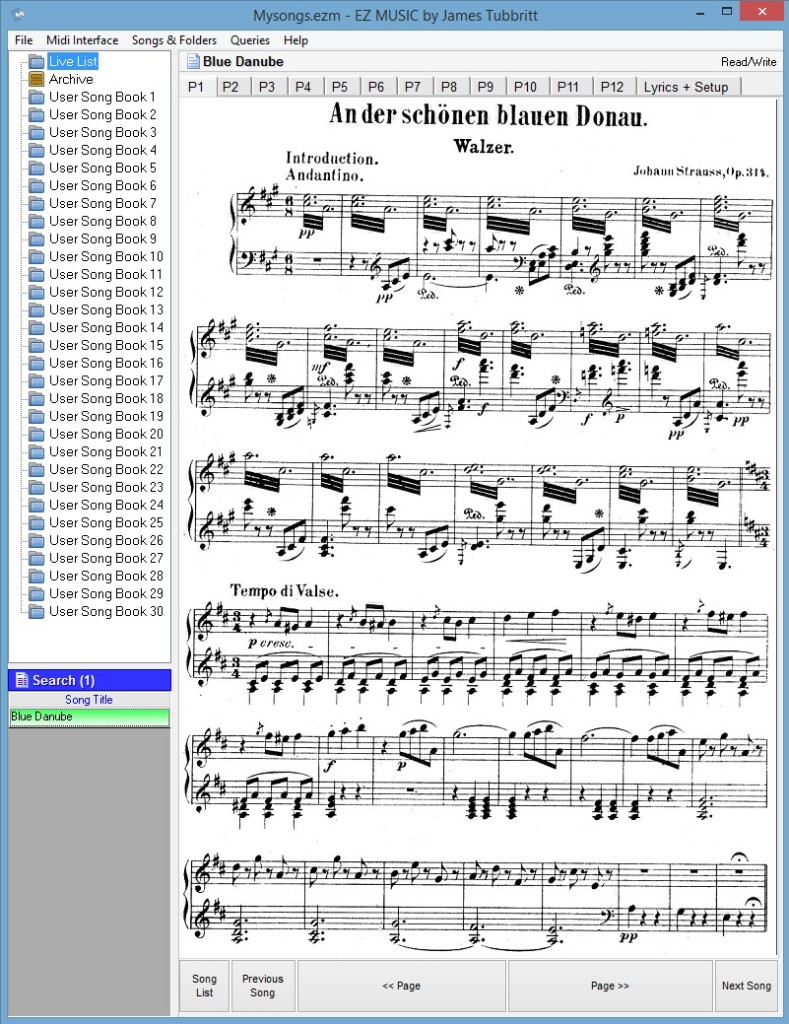 New Features.
EZ Music can now print out your sheet music and your song lyrics.

EZ Music now comes with full local and remote Networking. For example you may want to allow other users to all login at the same time so that you can share a piece of music you want to practice with them. Or you might simply want to work on your tablet database from your desktop.

Previously EZ Music had only two internal songbooks per database. “Live List” and “Archive List”. There are now 30 additional User Song Book per database. They can be freely renamed and are unlimited in the amount of content they can store.

The GUI has been updated changed so that song books are very visual folders now.

Full Drag and Drop is supported between song books. You can simply drag any song from one book to another with your mouse or touch screen.

A Clone song function has been added for those who will probably want to keep a copy of the same song in different Song Books.

A search function has been added that will allow you to find any song in seconds regardless of what song book it’s in.

When you create a new song, it no longer defaults Page 1. It stays on the setup page. I’ve also added a new menu so that no matter what your doing, you can create a new song in two clicks from any mode.

A “Keep On Top” function has been added so that you can’t accidentally minimise EZ Music during a live performance or have your view blocked by some other program on your PC.

Bug fixes, optimisations and much more. 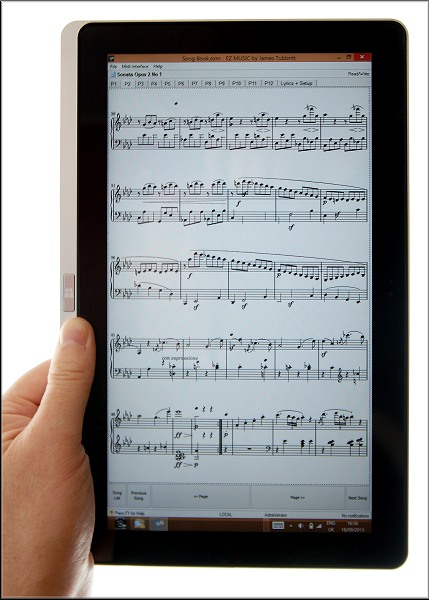 EZ MUSIC is an application designed for musicians to display sheet music, song lyrics, and for playing backing tracks. It is optimised to work with Touch Screen Tablets in a live setting, and it can be controlled over Midi using any standard midi controller or sequencer.

EZ MUSIC is a completely self contained system from start to finish. EZ MUSIC will directly scan your sheet music into it’s own internal database and display the finished results in seconds rendered perfectly. There are no files for you to deal with when scanning your music. EZ MUSIC is designed take care of everything for you.

If you use backing tracks you will never have to browse through your collection ever again. EZ MUSIC makes having to deal with any files completely obsolete as it simply memorises everything and is completely self contained.

Imagine, a song book could contain limitless pages of sheet music, song lyrics, and backing tracks, and you will not see or have to deal with any files or additional software applications.

For more information and a Demo Version, CLICK HERE

By Popular Demand.
The 1.2 Billion Pixel Panoramic view of Waterford City during the Tall Ships Festival is now available to purchase as a computer program you can run directly on your own PC.

This is a totally unique and historical important view of Waterford City. At 1.2 Billion Pixels, no other such photo of Waterford exists.

No internet connection required.
Totally new engine for faster redrawing.
Greatly reduced load on your PC.
A totally unique and historical view of Waterford for you to own forever.

Now available on the Computer Software section of the shopping cart.

Posted in Latest News, Shopping | Comments Off on Waveforce 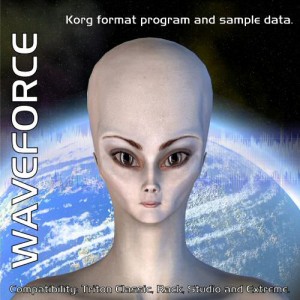 Wavefore has been added to the shopping cart.